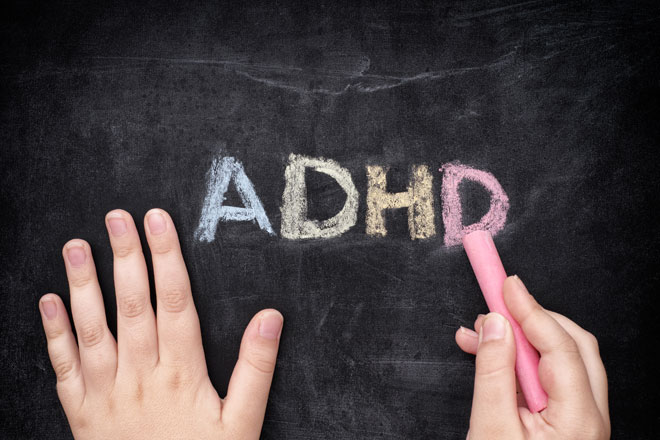 When you first find out your child has ADHD it’s terrifying. You worry about what the future will hold for them and what you can do to help them. You worry about whether you will be able to cope or if you could be doing something that makes it worse. And you realise just how little you fully understand ADHD. Rebecca Perkins reveals the facts about ADHD and how you can support your child.

I have ADHD and I’d worked in the field for years by the time I realised my son also had ADHD and yet I still worried that I didn’t have enough understanding to be able to offer the best possible support and outcomes for my child. But what I know now and didn’t know then is that it doesn’t have to be as bad as we sometimes think. There are thousands, in fact millions of people around the world with ADHD who are happy and successful. And with the right strategies and support put in place all children with ADHD can have great and happy futures.

ADHD is one of the most common neurological based disorders in the world and affects an estimated 1 in 10 people worldwide, and yet it is also hugely misunderstood and often over simplified.

Many people think ADHD is simply a problem with hyperactivity and poor attention. And there are still far too many people who believe that ADHD isn’t real. Well, ADHD is very real. It’s not just a child behaving badly, nor is it a social disorder caused by bad parenting, it’s not caused by the friends a child spends their time with or the school they go to. ADHD is very much a real disorder that has a lot more to it than just hyperactivity and a short attention span.

ADHD is not a linear disorder that goes from mild to severe. ADHD is a spectrum, more like Autism. So every child will experience their symptoms very differently and some children won’t experience certain symptoms at all.

You could have four children all with ADHD and yet each one could struggle with completely different things. One child could struggle with hyperactivity and have problems with impulse control. But the next child might not struggle with hyperactivity at all, this child could have a real problem with disorganisation, they could be very disorganised in their daily life or in their school work. The next child may have more of a problem with anger and emotional regulation. Then, the next one could be more like me and have a million thoughts all competing for attention at once. And let me tell you, that can make it very hard to focus on one particular thing.

Officially there are three types of ADHD: Inattentive, Hyperactive/Impulsive and combined (a combination of the two). But ADHD is much more than those three titles might suggest.

One of the most misunderstood symptoms of ADHD, and the reason for many children going undiagnosed is hyper-focus. ADHD is an interest-based disorder, so if a child is really interested or captivated by something, not only can they pay attention, they can become so engrossed in it that it can be almost impossible to distract them from it.

Children can also have real difficulty switching between tasks, so it’s really important, especially at school to allow children a slow and gradual transition between finishing one task and beginning the next.

Sadly, children with ADHD can also have huge challenges with emotional regulation, anxiety and low self-esteem. And they can often spend vast amounts of time feeling guilty for behaviours that they have little control over. Offering children the right help and support can make a huge difference in their life.

On top of this, they also often have a fear of being judged and need to please everyone around them. Unfortunately, this can, and often does, lead to massive problems when they get something wrong. This is why children with ADHD sometimes lash out if they are disciplined or if they fail or even feel like they’ve failed at something.

So next time you come across a child with ADHD and they’re lashing out, not paying attention or won’t settle down, offer them the support they need. Because one day that child may be the first to give you the love and care you need.

As well as being the CEO and Founder of My Special Child, Rebecca Perkins is also a Writer, Presenter and Trainer on special needs, learning difficulties and behaviour. Most importantly Rebecca is Mum to two boys, one of which has ADHD and is Intellectually Disabled. Rebecca herself also has ADHD and Dyslexia.