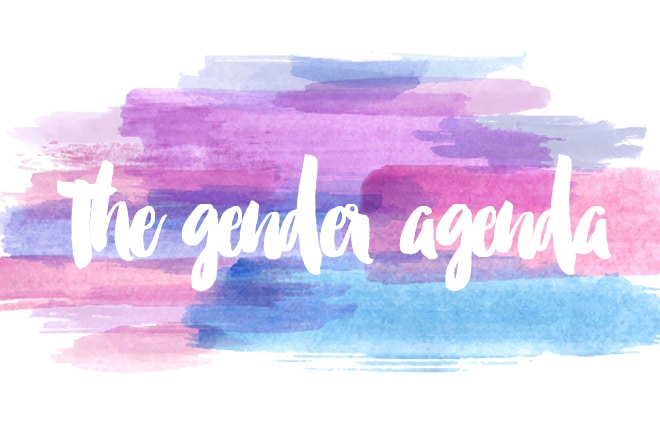 Lately I’ve been seeing a lot of debate going on around gender, and whether cultural and social norms of gender are ok or not. We all know that boys play with cars and girls play with dolls right?

It has made me think about my own experience as a mum raising a daughter and how much I expose her to gender stereotypes. Am I the reason that when I ask her what she wants to wear in the morning her answer is inevitably “tutu”. Have I somehow forced her into an obsession with the dolls that we must tuck into bed with her each night?

Or is it more innate to who we are? Do we prefer dolls over cars because our gender somehow tells us to?

I’ve come to the personal conclusion that it is somehow a mix of the two. It isn’t nature or nurture but it is nature AND nurture. I believe that we are exposed to so many messages through media and society but we are also hard wired to be biased towards certain things.

For example, beer. This isn’t directly relevant to children but gender stereotypes continue long past childhood. Whenever you see a beer ad, it is always targeted towards men and often the only women appearing in the ads are wearing very little clothing. But I remember a friend telling me awhile ago that there is a biological reason that women don’t generally like beer. Women have more taste buds than men and tend to be more adverse to bitter flavours. The reason being that bitter flavours are usually associated with toxins and women are hardwired to avoid this because of their role in providing nutrition for babies in the womb and beyond with breastfeeding. (Note: I am not a scientist – this is anecdotal but it makes sense, doesn’t it?)

And then we see men and women going into different professions with men dominating the STEM (Science, Technology, Engineering and Maths) professions and women heading towards more creative and nurturing professions (teaching, nursing, HR, Marketing). But then the question becomes, are we steering our kids towards certain professions because of the role models available to them or is it that their brains actually function differently.

It is comforting to see programs for young girls focused on providing them opportunity to engage and learn in the male dominated fields. Even toys such as Roominate and GoldieBlox are now available to build an interest in engineering and building for girls. But they are still pink. We aren’t yet at a stage where toys are just toys and it doesn’t matter who plays with them. If you look at the majority of toys on the market and pink/purple=girls toy while blue/red=boys toy. Often there are two versions of the same toy, a pink and a blue, one for girls and one for boys.

I asked the question on my Facebook page this week as to whether gender stereotypes fall under nature vs nutrure. The consensus seemed to be that it is a combination of the two. As Melissa from Hugzilla said, “It’s funny that people say their little girls love pink and sparkly, but when girls are given princess onesies to wear from the day they were born you have to wonder. Same with boys, but substitute cars and superheroes. Kids grow up seeing their peers and older siblings doing those things from a very young age, and receive messages about gender all the time, sometimes in very subtle ways. Kids aren’t making these choices in a vacuum.”

I think the gender agenda is one we will be debating for a long time. I certainly don’t have the answer and seem to have more questions than anything else. I hope that as a mum, I can provide an open environment for my daughter to explore and discover, unburdened by expectations of what girls can and can’t do.


Hi there gorgeous mama! Sign up to the Kid Magazine weekly newsletter to receive beauty, style, recipes and parenting tips plus special offers and more!