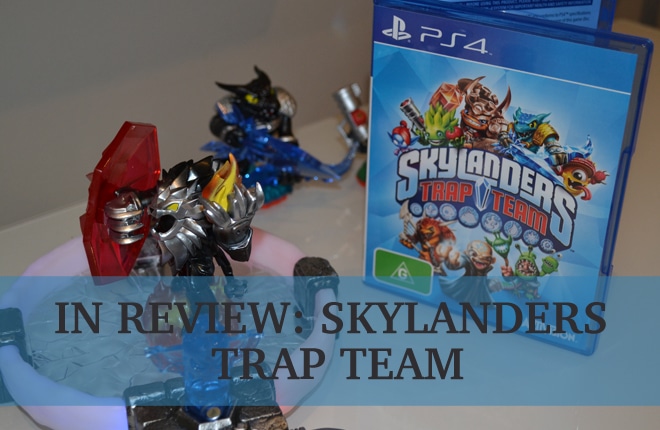 Usually I review things like nappy bags, pram covers and baby bottles. Hubby has done the occasional game review but when I received a Skylanders Trap Team starter kit I knew neither of us was qualified to review it. So I roped in my 8-year-old nephew to put it to the test.

Skylanders Trap Team differs from other versions of the game in that this time around you can use these villains as playable characters, but only after you’ve defeated them and trapped them in your crystals (which you place in to the portal). But just like the previous versions, the graphics are really great and it is an ideal game for the kids.

My nephew loved playing Trap Team and his uncle and dad loved watching on. While they were playing, my sister-in-law and I were sitting at the dining table catching up. Our conversation was occasionally interrupted by the men (boys) calling out thing like “It’s on fire! It’s on fire!” or “Quick catch him!” So even though it is a kids game, the whole family can get involved.

Having said that, I don’t think it is for everyone as my four-year-old niece fell asleep next to her brother while playing. It had been a long day for her so I don’t actually think it was anything to do with the game. 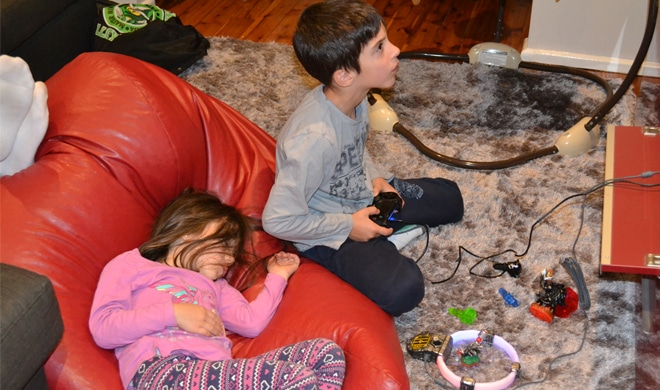 The game difficulty starts off quite simple, but don’t be fooled as later levels ramp up in difficulty and become quite challenging for even the most experienced gamer.

I was super impressed when we told my nephew that he had to pack up to go home at just how quickly he agreed to do so! Before he turned it off though he did ask if he could play it again next time he comes over. Winner!

Skylander Trap Team was reviewed on the PS4, but is also available on PS4, Xbox One and Xbox 360. Available in stores now.