Singing it loud with Lah-Lah and Buzz 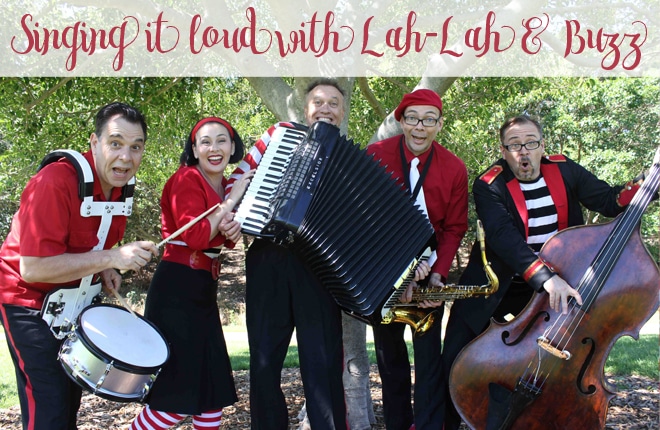 It is only when interviewing a kids music group that you can go from talking about buying a house to transporting a flying balloon fish on an aeroplane to the economic situation in Japan. And these were just a few of the things I chatted to Tina and Mark Harris, AKA Lah-Lah and Buzz from Lah-Lah’s Big Live Band, about in their Sydney office.

Tina and Mark have just completed the first leg of their “Sing It Loud!” tour, one that will see them perform in over 50 cities around Australia over the next 6 months. “Lah-Lah is all about introducing kids to music and musical instruments so we wanted a find a way to do that. We get a lot of requests from people in regional areas,” says Tina with Mark adding, “It’s really about getting to more families where they are.”

As I listened back to the interview, one thing really struck me. It is no wonder Tina and Mark are in the business they are in when they are so natural and amazing with kids. I should mention that Little Miss tagged along with me for the interview, partly because it was a mummy day and partly because I didn’t want the guilt of meeting Lah-Lah without her!

Throughout the interview, Tina and Mark sang with Little Miss, responding to her and enjoying the interaction. They brought out Lola (Buzz’s Double Bass for those not in the know!) for her to inspect and gave me an insight into what a Lah-Lah show is really like. Tina is just as joyful and beautiful when she is Tina as when she is acting as Lah-Lah! 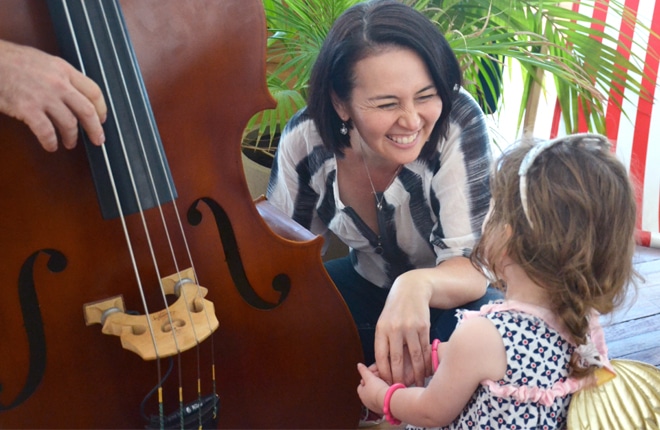 And while I didn’t get to meet the rest of the Lah-Lah gang, I did get some insight into the group. “Lah-Lah is a band of friends first. It’s not a cast show. When we’re not working on Lah-Lah I’ll be doing gigs with the other guys at night,” Mark shared. And for anyone who has watched an episode of Lah-Lah’s Adventures on ABC KIDS, you will know that the group has a chemistry and what appears to be a lot of fun in the process, not least the charming husband and wife duo of Tina and Mark at the helm.

One thing I am always curious to know is how celebs handle recognition in public. For the Lah-Lah crew, they don’t always get recognised on their “days off” when not in their costumes, but it is more likely the parents who will spot them in the crowd. Mark shared a story from a recent trip to the Port Fairy Music Festival. “I went into the artists bar and the bartender asked which band I was from because I looked really familiar. I asked him if he had kids and he was like “Lah-Lah – of course! My kids are going to be so excited!”

Before Lah-Lah, Tina and Mark ran early childhood music schools and the transition into the band seems so logical. These two, along with the rest of the band have such a combined wealth of music knowledge that is quite amazing for someone like me who can’t even carry a tune. I asked Tina about her advice for parents like me, who want to foster a love of music in their kids, when they may not have one themselves! “Whether it being going to an early childhood music program or a concert, or watching some great music on TV. Even just putting on a CD and giving your kid a pot and spoon to bang along to. Kids have an innate rhythm and it is so good for them to explore,” was her advice.

So what can you expect from a Lah-Lah show? The current “Sing It Loud!” tour includes a 50 minute show with 15 Lah-Lah songs, 6 or 7 that haven’t been played before, followed by 20-30 minutes where the band come down into the audience and interact with the kids, showing them how the instruments work and having a little jam, much like the experience my Little Miss had. 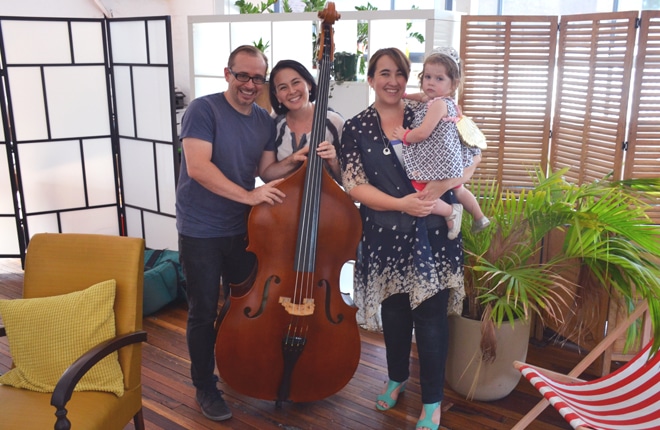 Some final words from Mark, “Realising how much love there is out there for Lah-Lah is really special.” We are certainly Lah-Lah fans in this house, and even more so after meeting Tina and Mark and seeing the love and energy they throw into everything Lah-Lah.

Have you been to a Lah-Lah show? Are you planning to head along to a show on the “Sing It Loud!” tour?