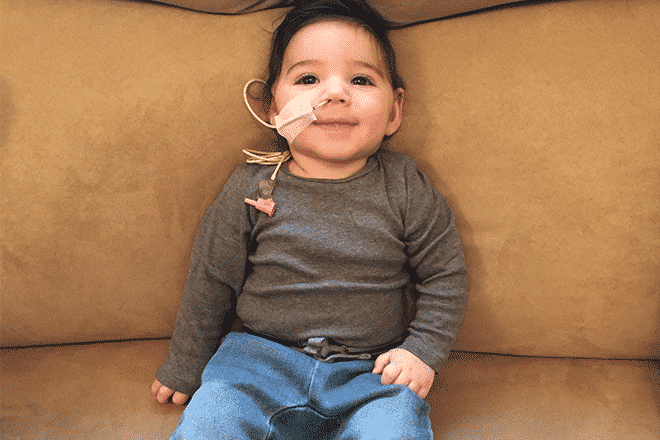 During pregnancy every mum has fears and worries for her growing baby. For Nicola Gennaoui, these fears became reality. She shares the story of the birth of her son Raphael and the fight he has  been facing ever since.

The day my son Raphael was born was an experience I never thought I would ever have to endure. However, the more I speak about his birth, the more I find out it isn’t as uncommon as I thought. Though his case is extreme, birth injuries are more prevalent than you may actually think.

At exactly 38 weeks of what had been, until then, a perfect pregnancy, Raphy suffered foetal distress which was undetected by medical staff leaving him with no heartbeat and little to no oxygen to his brain for a period prior to delivery by emergency caesarean section. He was a big strong baby which is why the doctors believe he survived this “catastrophic” injury. 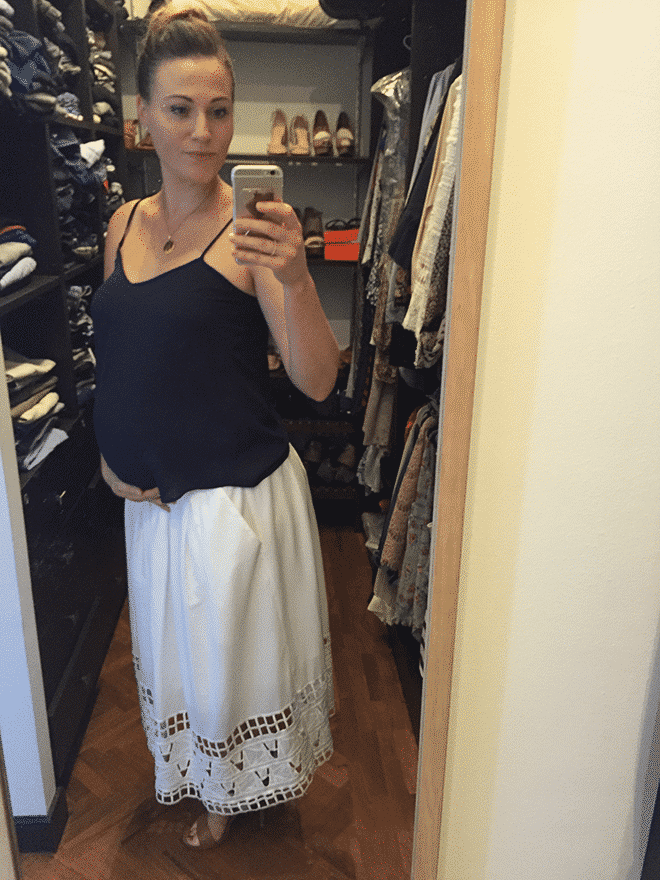 When Raphy was delivered, via a very traumatic emergency caesarean, he was lifeless. It took two minutes to resuscitate him, two of the longest minutes of my life, longer for him I’m sure. Every “one, two, three” pumps to his chest to bring his tiny heart beat back were three steps further away from the life we once knew and that he was never going to have.

On the sixth day of Raphy being in the NICU our worst fears were confirmed. Raphy had suffered “catastrophic” brain damage and as a result, had severe cerebral palsy. This would mean it would be likely that he would never walk, talk, see, hear, swallow, eat or even breathe on his own. It would probably result in him lying in a cot, connected to a breathing machine for the remainder of his life. To us, his parents, this wasn’t a life for our little man, this was merely an existence.

With this unimaginable news, we made the heartbreaking decision to turn off his life support, however our Raphy had other plans! Once the breathing tube was removed from Raphy’s lungs, he could in fact breathe on his own. He had vision (albeit not perfect), he could hear and swallow, and amazingly he even breastfed. 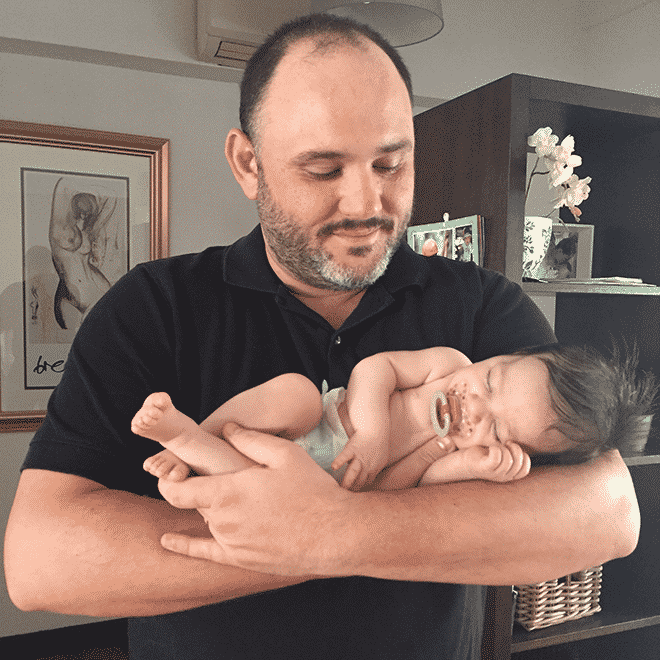 Moving forward from Raph’s time in the NICU, the next year was one that can only be described as a living hell. Although Raphy had kicked a lot of goals to begin with, things only got harder for him. His reflux became so painful that he stopped feeding leaving him with a nasal gastric tube (NGT) which my husband and I had to quickly learn to insert ourselves. We later got a “button” surgically placed in to his stomach where fluids are directly inserted.

His sleep was non-existent. Still to this day he regularly wakes for up to 5 hours of a night. He started to have seizures at 9 months old, and this is something we are still struggling to get on top of, as he can have up to 30 seizures a day. In his first year he was hospitalized twice with pneumonia, the first time at 11 weeks, followed by another bout at 11 months. 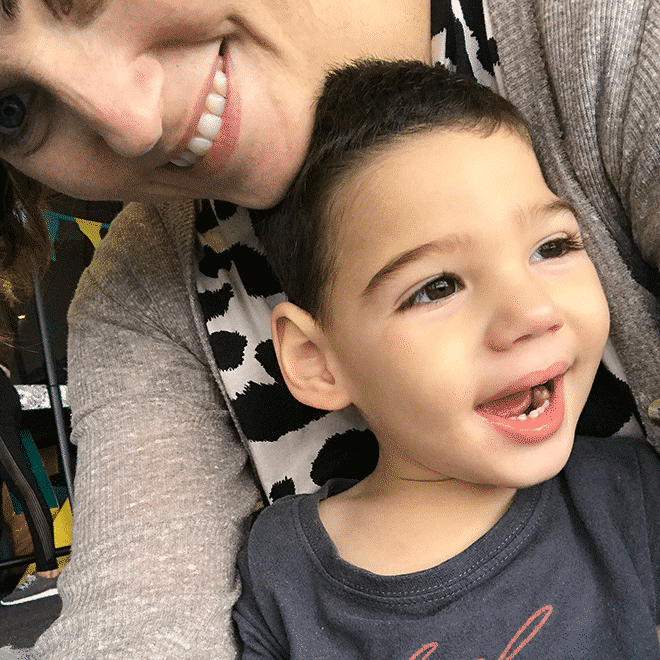 Raphael is now two years old and working extremely hard at his weekly therapy sessions of Physio, OT and Speech therapy. We are militant about his therapy “homework”, something we started in the NICU. He does a 3 week intensive therapy clinic at the NAPA Centre in Sydney four times a year. He can’t yet walk or talk but we still have hope he will keep proving the doctors wrong. He is as gorgeous as they come, is the best snuggler around and is absolutely adored by his parents and two sisters.

Being part of the “children with extra needs” club is obviously sad and challenging. We are still grieving the life that we lost the day he was born. While we do have him to kiss and cuddle, he has to work so very hard to do the smallest things that come so naturally for others. In his short two years he has taught my husband and myself more about life than we had ever learnt in our 33 years prior to his arrival. I made a promise to him the day he came home from the hospital, to give him a great life. A life full of love and experience, to travel to new cultures, taste new foods and surround him with happy hearts. If he can’t get a great life himself, I will do my absolute best to bring an amazing life to him. 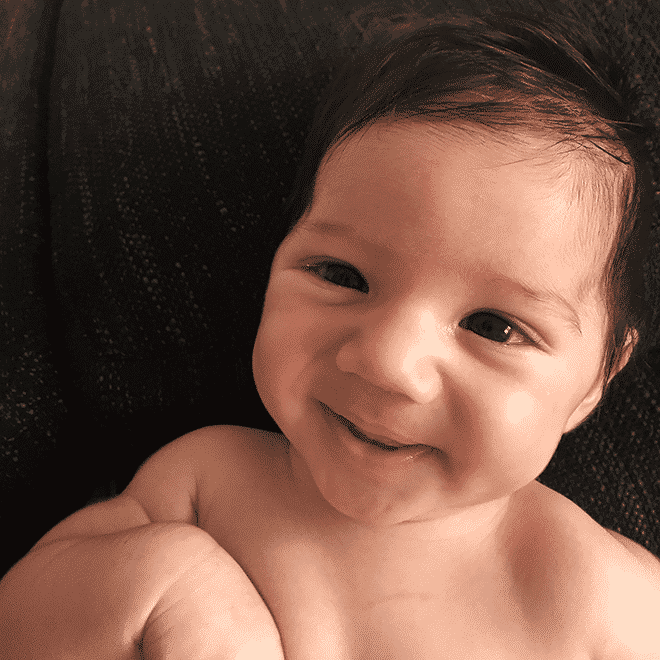 We have met some of the most incredibly strong people along the way, which has made us feel less alone and held us up when we thought the only way was down. We know Raphy has a very long road ahead of him, but we will to do whatever it takes to meet his full potential. If he didn’t give up, then why on earth would we?

The costs associated with Raphy’s treatment and therapy are in excess of $100,000 per year. Raphy’s family have started a Go Fund Me page to raise much needed funds to give Raphy the best life possible. You can find out more about Raphy’s story, treatment and contribute at www.gofundme.com/helpraphy. 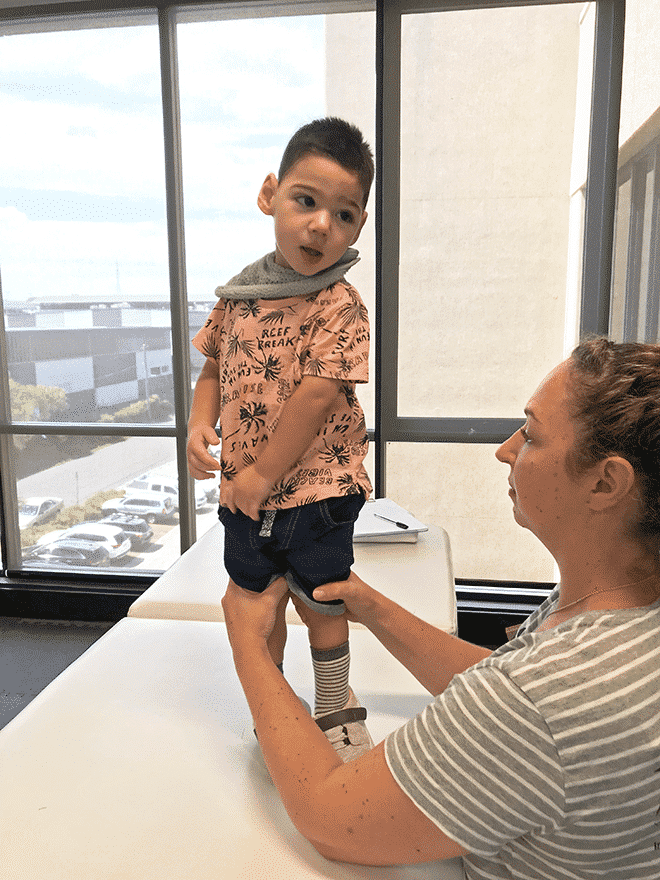 Back to Issue 40 contents