Oh goodie – what to put in kids party bags 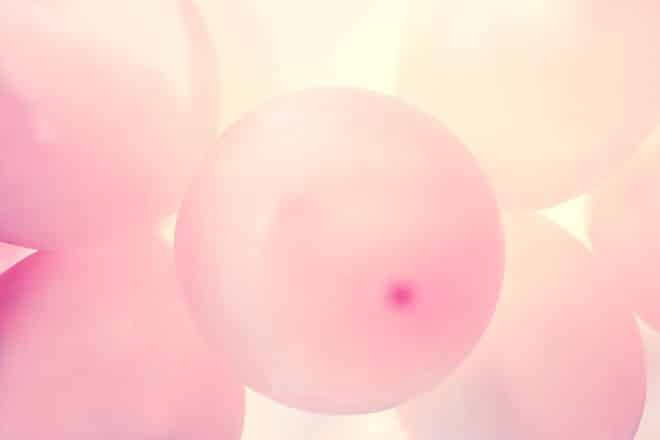 Party bags. Goodie bags. Party favours. Loot bags. Whatever you call them, kids love them at the end of a party. After whipping guests into a sugar-fuelled rampage of games, piñatas, treasure hunts and cake, the question becomes – Tash Ferguson answers the question of “what do I put in a party bag?”

I was wondering this after a recent birthday party my son attended. The party was fantastic. The hosts did an amazing job and kept to the theme admirably with open play, games, entertainment, food and cake. The kids were having a blast. Us parents were even looked after with nibbles and wine (big tick right there). As we went to leave, my son was handed a party bag filled with the usual lollies, novelties (a car and a balloon) plus two items that made me laugh and then recoil in horror. Inside this innocent party bag was a plastic whistle AND a plastic recorder.

Questions raced through my mind. Did these parents hate me? Was this the work of evil geniuses? Did the birthday boy like musical instruments so much that he wanted to share them with all his friends?

As my son gleefully blew his whistle for the entire car ride home, I planned for the swift demise of both the whistle and recorder. I feigned ignorance in the subsequent days to their whereabouts each time he asked where they were.

So, what do you put in a party bag these days? Recent parties we have hosted and attended included party bags with an array of food and trinkets:

For my daughter’s third birthday party, rather than party bags, every guest happily left with a giant $2 bubble wand decorated with a ribbon and ‘thank you for coming’ note. For her sixth birthday party each guest painted their own calico library bag. The result was rather awesome and well received.

At one party we recently attended, each child decorated two cupcakes – one to gobble up then and there and one to box up and take home. This provided both a fun party activity and party favour. I plan to borrow that winning idea for a future party.

As for my son’s next party? My husband thinks for his birthday next year we need to up the game and give every kid a drum kit. Personally, I’d like to stay on good terms with the parents. We’ve got a long time until he graduates.

Tash is a mum of two, working in the corporate world and trying to stay on top of mount washmore. Her weaknesses include shopping for children’s gifts and books, weekend markets, wine, and orange flavoured dark chocolate.