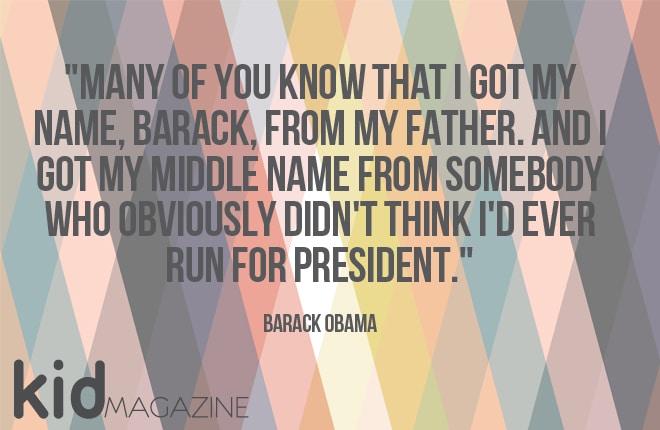 “Many of you know that I got my name, Barack, from my father. And I got my middle name from somebody who obviously didn’t think I’d ever run for president.” ~ Barack Obama

When we “adopted” our cat from the rescue shelter, her name was “Spot”. I don’t know who named her but they obviously weren’t aware that Spot is a dogs name. I mean Spot is a kind of big deal, he has his own book series. When we renamed her, hubby suggested Nigella as I am a big fan of Nigella Lawson. It was only logical then that she be called “Nigella Pawson”. It suits her. She is curvy, loves food and has just the right amount of attitude to have you wanting to come back for more.

Our dog came to us with the name “Simba”. Again, people getting confused with their animals, but Simba is a lions name. King of the jungle and all that. There was quite the shortlist when it came to naming our new addition with Bone Jovi and Roy Pawbison as the finalists. We settled on Bone Jovi, Bo for short, as hubby is a huge Bon Jovi fan.

But when we had a baby, the whole naming thing was a whole lot harder. Who would have thought? We could not agree on a name for months. I started to feel desperate as my belly grew and the due date approached and we didn’t have a single name, boy or girl, chosen. I ended up cornering hubby in a cafe over lunch one day at about 38 weeks, pen and notebook in hand, to come up with a shortlist. We walked away with a boys name chosen and two options for a girl.

When Olivia was born, I was filled with so much love for anybody and anything at that time that I told hubby we could name her his favourite name. Thankfully he said “No I think we should call her Olivia” (my favourite). Unlike our pampered pets, we didn’t choose a celebrity name for her middle name but rather gave her the same middle name as my grandma, May.

Choosing a name is so important and it is a gift you give your baby to take with them for the rest of their lives. I think that is why we agonise over it so much. We fear choosing a name that doesn’t suit them or one that other kids will be able to tease. I’ve thought a lot about how we came to the decision we did for Olivia’s name and have a few tips to help you with your decision.

Spell out the initials

It’s safe to say that with the ever evolving text language, you won’t be able to check for every acronym but just check that you aren’t going to spell out a word you wouldn’t want your child called if their initials are used.

I am always having to spell my name, “Sara with the ‘h'”, but unusual name spellings aren’t what I’m referring to here. If you are planning to name your baby after someone, check the spelling. When we told my family Olivia’s name, my grandma (Olivia’s middle namesake) asked, “Is it spelled Mae?”. I misunderstood her deflection thinking instead that we had spelled the name wrong!

We had so many people asking us about what name we were going to give our unborn baby but I didn’t want to invite opinion over any of the names I was thinking of so I kept tight lipped. If you are easily insulted, it is best if you follow this rule as people will share their opinions, good and bad! If you do tell people and they don’t like it, that is ok. It’s a good thing we all have different taste though or we would all be called the same thing. Stick to sharing with a few trusted friends and family who will keep your secret safe.

Don’t get too attached to one name

I’m glad that we had a couple of options to choose from for Olivia. I think it built up the anticipation of what she would be like and it was so special to choose her name with her there. I have had friends who have picked a name only to finally meet their baby and realise they don’t suit the name at all.

We kept tossing name ideas around and then the next week would end up going around in circles, particularly with my pregnancy brain forgetting what names were in and out. Keep a master list and cross names off as they are out. It will save many an argument!

So tell me, how did you choose your baby’s name? What tips do you have for making the decision easier?